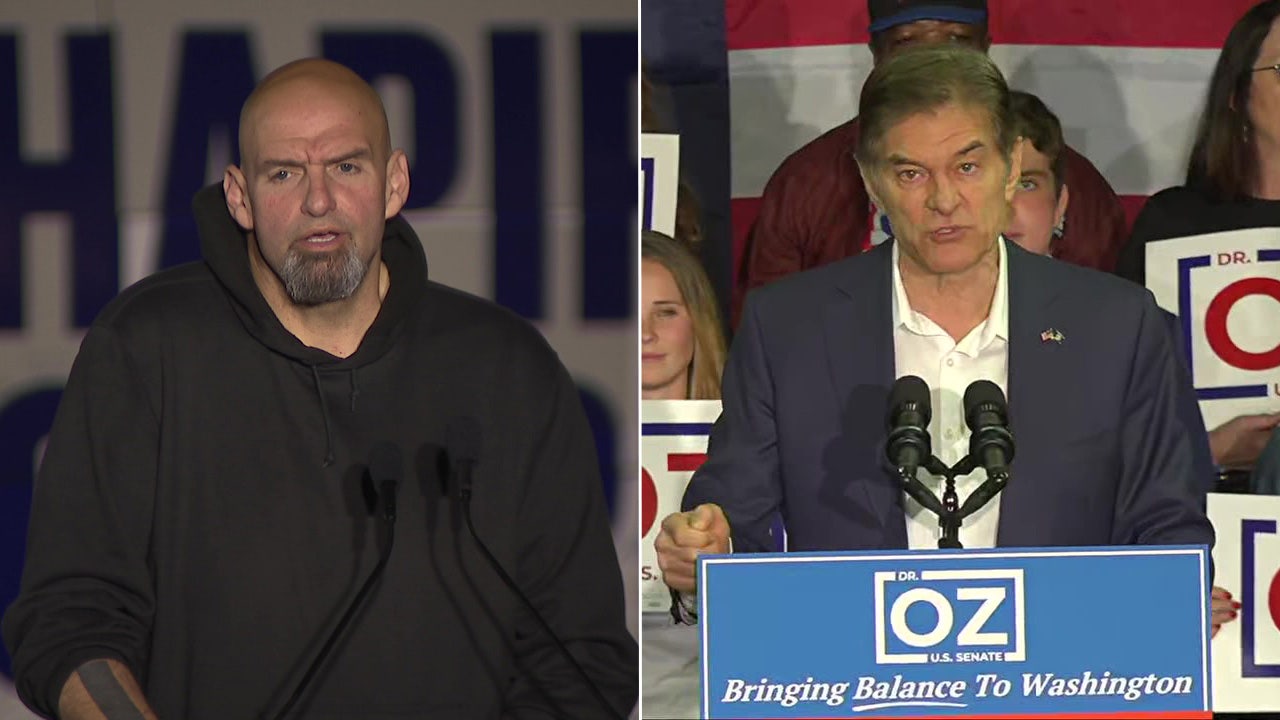 It marked Democrats picking up the first Senate flip of the election, with Democrat Fetterman slated to fill the seat held by retiring Sen. Pat Toomey (R-Pa.).

That victory came on the heels of wins for Sens. Maggie Hassan (D-N.H.), a top target for Republicans in a state where polls seemed to tighten in recent weeks, and Michael Bennet’s (D-Colo.), whose reelection was called less than an hour after the state’s polls closed Tuesday night.

In Georgia, Herschel Walker and Democratic Sen. Raphael Warnock are neck-and-neck in the polls. In Arizona, Sen. Mark Kelly (D-Ariz.) is ahead of GOP opponent Blake Masters. And in Wisconsin, Johnson had a small lead over Democratic nominee Lt. Gov. Mandela Barnes.

In Nevada, early returns had Sen. Catherine Cortez Masto (D-Nev.) with a lead, but final results could take days as some mail ballots in the state’s largest county may not be counted until later this week.

In the lead-up to election night, senators signaled it would be close.

“We know we’re competitive in a lot of races and that there’s enough seats that we could add to our majority,” said Sen. Ben Cardin (D-Md.). “We also recognize that we’re at risk.”

Republicans need a net gain of just one seat to flip the chamber, which is currently split 50-50 and controlled by Democrats only because Vice President Kamala Harris provides the tiebreaking vote. Going into Election Day, POLITICO rated races in Pennsylvania, Nevada, Georgia, Arizona, New Hampshire and Wisconsin as toss-ups.

With the House favored to flip to Republicans, the party that controls the Senate for the next two years will play a decisive role in spending battles and the confirmation of Biden’s judicial and executive branch nominees. If Republicans win back the Senate, the GOP will have the unilateral ability to block Biden’s nominees, who need only a simple majority for confirmation.

A GOP Senate would also likely use committee gavels to conduct oversight investigations. If Democrats retain control, they are expected to intensify their efforts to confirm judges and executive branch nominees and promote other Biden administration policies.

Senate Minority Leader Mitch McConnell has previously said that Republicans’ goal would be to “make sure Joe Biden is a moderate,” suggesting the GOP would be a check on the president. There are several ways McConnell could act as such a check — the GOP leader has not yet said how he would handle any possible Supreme Court vacancy next year, if Republicans take power, after the major 2016 dispute over his refusal to consider Supreme Court nominee Merrick Garland.

Even before key races were called, the Republican hand-wringing began.

« This isn’t looking good, » said one Senate race consultant, pointing out the early gap in Pennsylvania and chasm in New Hampshire in particular, and calling the GOP’s 14-point shellacking in Colorado « a massacre. »

« Bad night for Rick Scott, » the consultant continued, referring to the chair of the Senate GOP campaign arm.

Despite a clear lead for the GOP in North Carolina late Tuesday, Republicans there also acknowledged there was no national tsunami in sight.

« Longer night than red-wave over-optimists had hoped, » said a GOP consultant in the state, as the wait for a call dragged on before Republican Rep. Ted Budd was declared the winner.

By 9 p.m. on Twitter, GOP operatives were also pointing fingers at former President Donald Trump for his role in elevating a slate of particularly controversial candidates.

« I think the voters are ready to move on from Trump, » wrote GOP commentator Erick Erickson, whose views on the former president have shifted back and forth over time.

The political party that controls the White House usually suffers during midterm elections as voters punish Congress for any dissatisfaction with the president. Republicans have tried to make sure this election is a referendum on Biden, whose approval ratings are underwater, focusing particularly on high inflation, crime and immigration.

Democrats, meanwhile, are hoping that their signature health, tax and climate bill passed in August, combined with voter anger over the Supreme Court’s overturn of Roe v. Wade, will be enough to buck historical trends against the party in power. Ahead of the election, Democrats highlighted an uptick in voter registration among women in some states over the summer as a positive sign. And their Senate candidates have outraised their Republican opponents in key races.

However, in recent weeks there have been signs that Democrats’ bump from the spotlight on abortion rights has diminished as more kitchen table issues like gas prices and crime rates have dominated the political debate. The gender gap in voter registrations in the immediate aftermath of the court’s decision was not sustained into the fall.

This may turn out to be one of the most expensive midterm election seasons in history, with both parties spending big. According to AdImpact, Democrats spent $773 million on ads during the general election, compared with Republicans’ $674 million, as of Tuesday morning.

The map is set to get only more difficult for Democrats in 2024, when they’ll need to defend 23 Senate seats, including in the red states of Montana and West Virginia, as well as in Ohio, Nevada, Pennsylvania, Wisconsin and Arizona.

Natalie Allison contributed to this report.

← Prev: Whitmer rallies at Michigan State on election eve Next: Why top progressives are keeping their campaign-trail distance from some vulnerable Dems →