Election weather: Snow heading for Nevada as tropical storm bears down on Florida 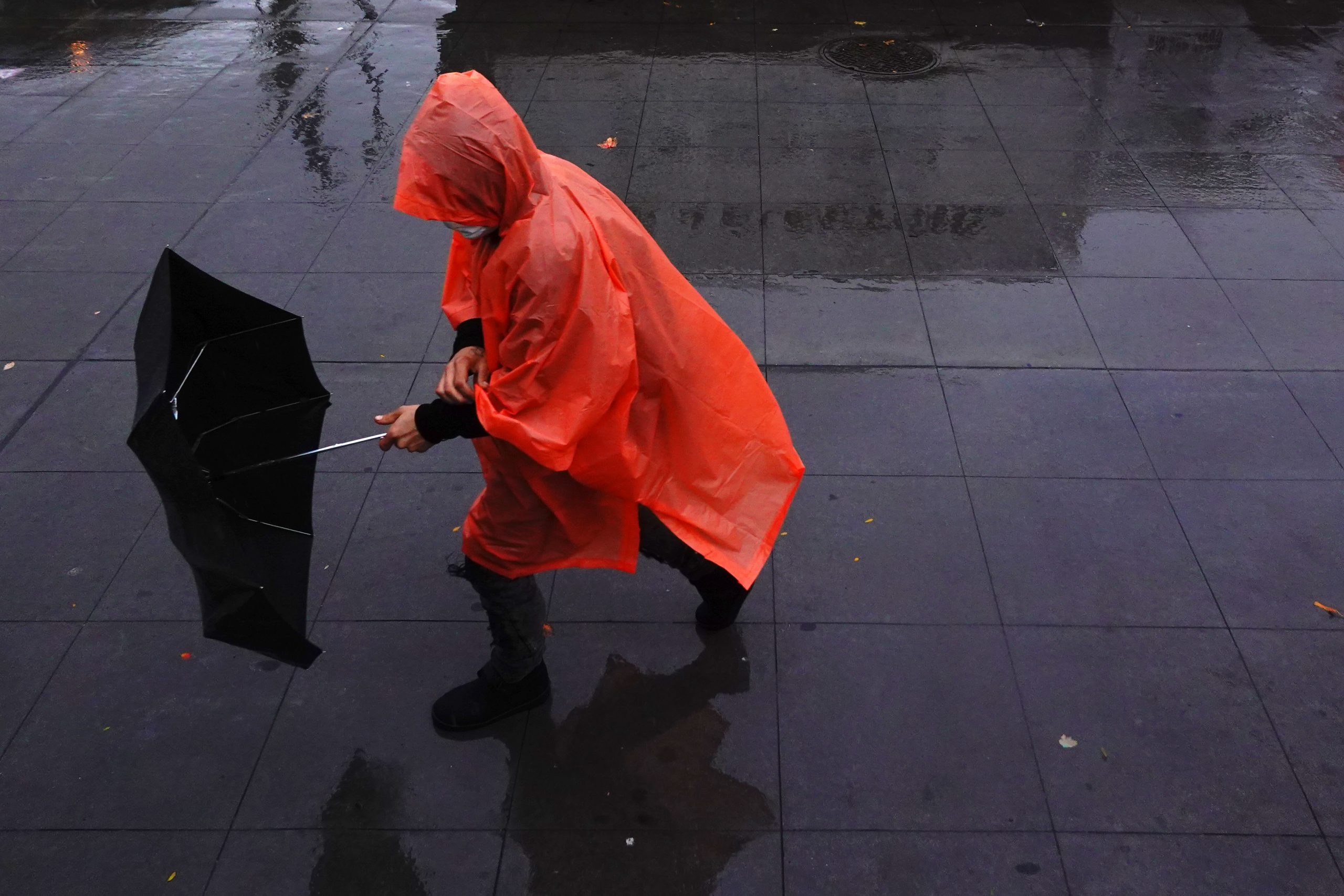 Floridians, including former President Donald Trump, will be balancing their voting plans on Tuesday with hurricane preparations.

The National Hurricane Center on Monday issued a hurricane watch for much of the Florida East Coast, after Subtropical Storm Nicole formed northeast of the Bahamas. Nicole is expected to reach near-hurricane strength as it moves toward Florida, and it is projected to make landfall late Wednesday or early Thursday — roughly 24 hours after voting has concluded.

The most significant weather on Election Day will be along the Pacific Coast and the Intermountain West. Rain is likely for most of California, with mountain snow in the Sierras. Some of that snow could spill into northern Nevada: Reno, the state’s second-largest city, is currently forecasted to receive 1 to 3 inches of snow on Tuesday.

The early snow forecasts forced Republicans — who are increasingly dependent on Election Day turnout from their voters — to push supporters to vote early. Nevada GOP Senate candidate Adam Laxalt tweeted a “weather alert” last Friday night, urging his backers to cast their ballots before the end of the early-voting period.

Nevada isn’t the only state to face precipitation on Election Day. There’s a chance of showers and isolated thunderstorms from the Northern Plains south to Oklahoma, though the thunderstorms are not expected to be severe. The area of potential wet weather includes Minnesota, Kansas and Oklahoma — three states with competitive races for governor.

Other than Florida, voters in the eastern third of the nation will face tranquil weather, though with cooler temperatures than the abnormal warmth that has dominated over the first week of November. That includes the major Senate states of New Hampshire and Georgia.

As of 4 p.m. Eastern on Monday, Nicole was still classified as a “subtropical storm,” meaning it did not have all the characteristics of a tropical cyclone such as a warm core at the upper levels of the atmosphere. It had maximum sustained winds of 45 miles per hour.

The National Hurricane Center predicts Nicole will acquire more tropical characteristics and strengthen to near hurricane strength by the time the storm reaches Florida’s East Coast on Wednesday night.

In Florida, some of the rain and thunderstorms associated with Nicole — which has a larger wind and precipitation field than most tropical storms — should arrive during the day on Tuesday. The hurricane watch area — which extends from just north of Miami, north to Volusia County — includes Palm Beach, home to Trump’s Mar-a-Lago club.

Trump said Monday he plans to vote in person at his polling place in Palm Beach on Tuesday morning.

Gov. Ron DeSantis, a Republican up for reelection on Tuesday, has declared a state of emergency for 34 of the state’s counties, though no evacuation orders were in effect as of Monday afternoon.

Florida is still reeling from September’s Hurricane Ian, which devastated areas of Southwest Florida. DeSantis — through an executive order last month — altered policies in the hardest-hit counties, which had major damage to polling places, among other impacts.

← Prev: Call This Number to Get a Pep Talk From Kindergarteners Next: You Should Make Your Stuffing With Fast Food Biscuits →